A frightening statistic that I came across states that one in four of America’s children live in mother-only families.  That’s 25% of kids today that don’t have a father present.  To make matters worse, of the children living with their mothers, 35% never see their fathers and a mere 24% see their fathers less than once a month.  That’s an insult to our generation of men.

Where are the real men today?

I looked a bit further and found that with the education system the way it is, most of these kids are likely to be taught by a woman as well.  So at school and at home, there are so many young boys that aren’t accessing the positive male bonding and contact that they need to be raised to be good contributors to society.

So of course it begs the question:  where are our future generation of men expected to learn the positive attributes of being a good Christian man, if we aren’t around to teach them?  Television, music, movies, the streets?  Is Jay Z or Kobe Bryant  suppose to raise our sons?  Since we aren’t occupying that time, someone is.  And it’s likely the music, the movies, the sports stars, the friends you couldn’t tell them to steer away from… who knows, it might even be that drug dealer that sees the vulnerability in a lonely kid and takes advantage of creating that habit that won’t easily be broken.  And for the resentment many young boys could have for the void of not having a ‘dad’ present, we could be looking at a generation to come that is searching and lacking lots of love and in place, willing to share this anger in a number of ways that hurts our society and cultures.

It’s frightening to hear that even in the homes with a father, research shows that these dads are spending LESS THAN 10 MINUTES A DAY one-on-one with their kids!

Guys, we need to turn this tide right now, today!  We need to encourage our male counterparts, brothers, cousins, uncles, fathers and co-workers.  We all need to step up our game fellas.

Without our positive men around, it’s clear that these young boys are turning to criminal activity, premarital sexual activity at an earlier age, they’re doing worse in school and all around, they’re participating in unhealthy activities.

Men, whether you’re a father or not, we need you to take a more active role.  Be determined to spend at least 1 hour of undivided time each and every day with your kids.  Yes, we’re all busy, but don’t go complaining when it’s your kid that’s on drugs, or having sex within the same sex or raping some girl, or dropping out of high school.  Don’t allow someone else to raise your child and teach them habits you can’t easily correct, while you’re busy ‘providing’ for your household.  It’s not worth it in the long run.

If you’re not a dad, you can still be a positive male role model.  Volunteer for a youth ministry, Big Brothers-Big Sisters, Boys Club or Girl’s Inc.  Spend some time volunteering with a middle school, where you might spend time doing an after school program to teach young men the values of growing up in our world today.

Listen, big or small, we can all make a huge difference, but reading this and then going home to plop in your couch with the remote isn’t going to change a thing.  We need to take some action now, or we are going to leave the coming generation in a serious social shift that is going to be catastrophic!

Photo by Zach Vessels on Unsplash

This site uses Akismet to reduce spam. Learn how your comment data is processed. 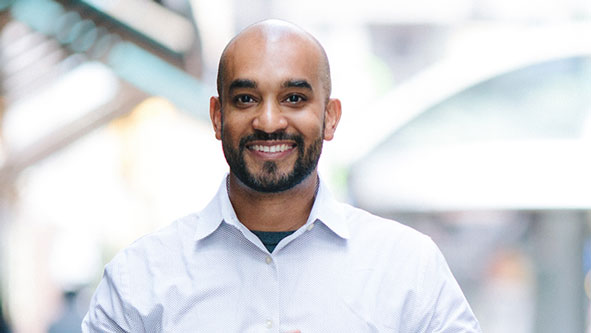