Hear this Black woman physicist's revolutionary approach to cure cancer. Inspired by the loss of her aunt, Dr. Hadiyah-Nicole Green has developed what may become a new cure for cancer. Our conversation happened at this unique time during her trailblazing path to treat cancer in this revolutionary new way. Hear her story and how she needs our support to help her realize this massive goal. 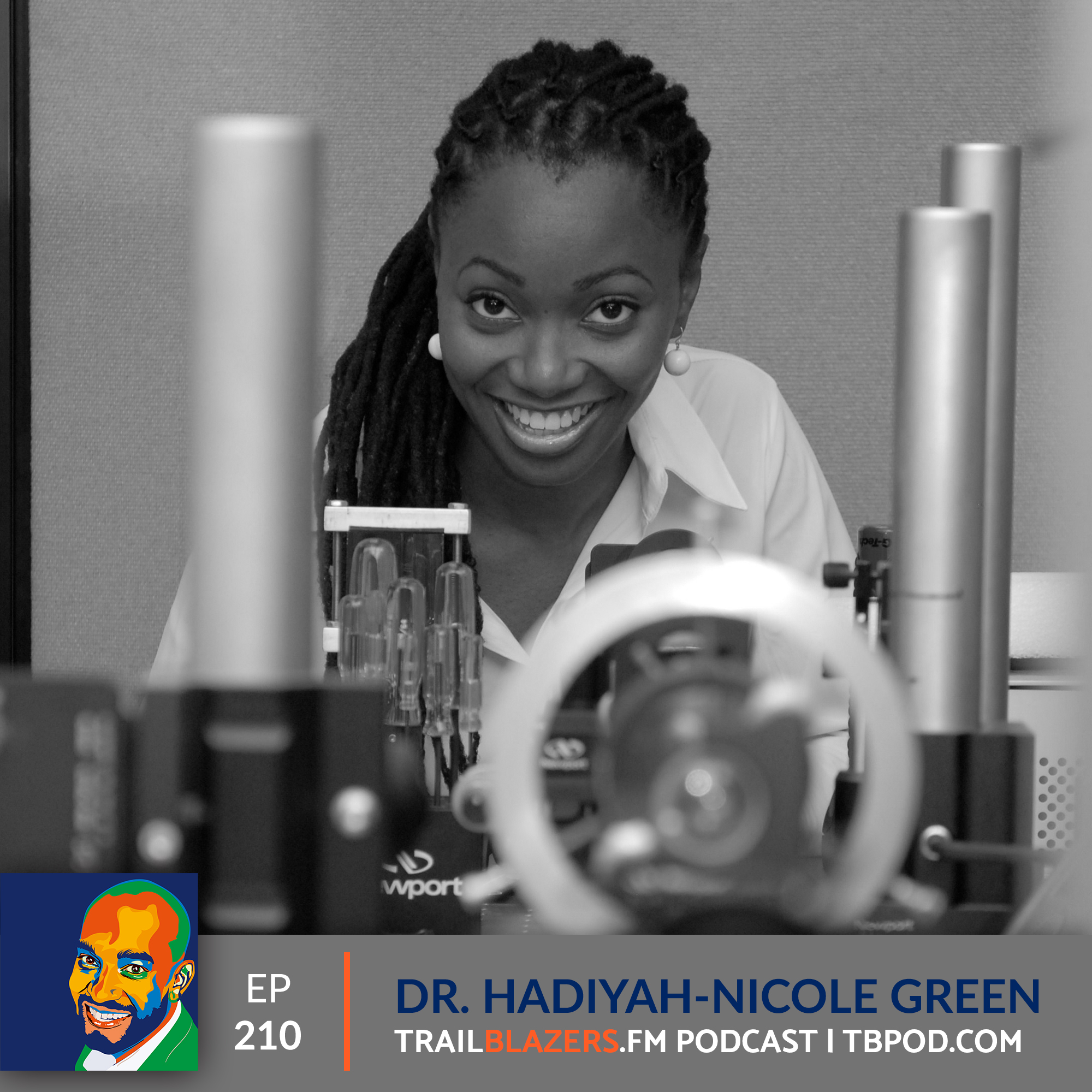 With more than ten years of interdisciplinary research experience, Dr. Green specializes in developing targeted cancer therapies using lasers and nanoparticles. Her expertise lies at the intersection of nanotechnology, immunotherapy, and precision medicine. She is noted for the development of several patent-pending cancer treatments that have had no observable side effects in laboratory mice, which is a preliminary study to testing with human subjects. The U.S. Department of Veteran Affairs (VA) recently awarded Dr. Green a $1.1 million grant for the ongoing research of her 4-in-1 system for early detection, imaging, targeting, and selective treatment of head and neck cancers. More importantly, it supports the further development of a platform cancer therapy that uses laser-activated nanoparticles to completely eliminate tumors after a single treatment.

Beyond her academic role, she founded a 501(c)(3) non-profit organization, the Ora Lee Smith Cancer Research Foundation (www.WeAreOraLee.org) – named in memory of her late aunt who raised her. Dr. Green has intertwined her life’s purpose into the mission of the organization: to change the way cancer is treated and reduce the suffering of cancer patients by providing a treatment that is accessible, affordable, and most importantly, effective.

For her groundbreaking work, Dr. Green was recently presented the. Key to the City by the City of Selma, Alabama; the Research Advocate of the Year Award by the Southern Company and Perennial Strategy Group; the Distinguished Trailblazer Award by The National Coalition of 100 Black Women, Inc., Metropolitan Atlanta Chapter; and the Trailblazer of the Year Award by the 100 Black Men of America, Inc. Additionally, Dr. Green was awarded the 2016 Root 100 by The Root magazine and the 2016 Power 100 by Ebony magazine as one of the “100 Most Influential African Americans” in the United States.

The Tao of Womanhood: Ten Lessons for Power and Peace by Diane Dreher