The Media and Its Impact on Black Lives | 216

There are more amazing Black men and women, who aren't poor, aren't criminals, aren't threats to our society, than those who are. Yet, the media's representation of Black people paint a different picture. If we are to alter the media's distorted portrayal, we must among other things, increase the number of Black tv owners, producers, journalists and experts who are the creators of content.

I’m excited today to share in this conversation with Tunisha Brown, Founder and Editor-In-Chief of IMPACT Magazine and IMPACT TV, a platform that reaches hundreds of thousands daily. 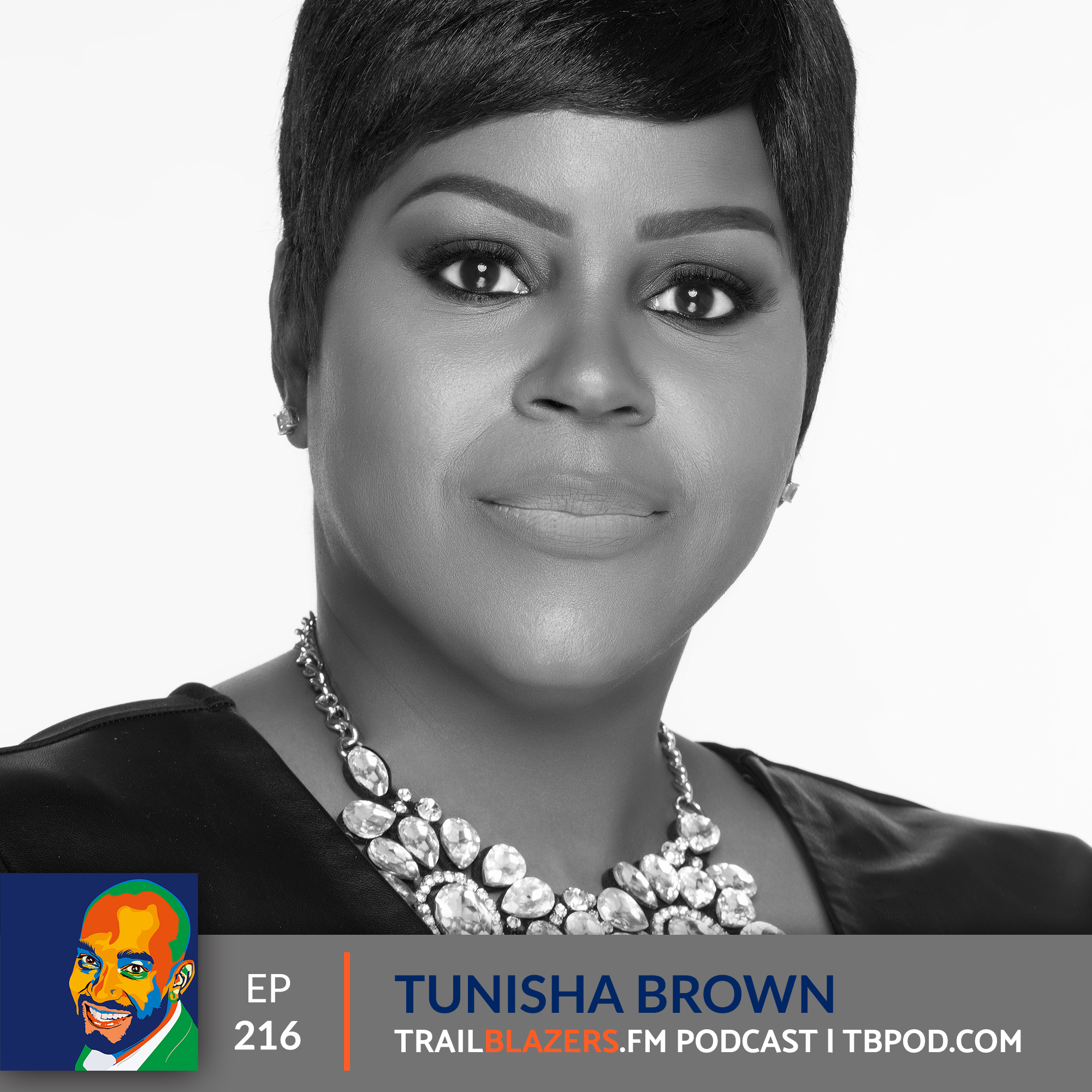 As a single mother in Trenton NJ, Tunisha Brown saw the need for positive imagery in her community. Through this need began the journey of bringing forth her love of words in a powerful publication that displays the behind the scenes stories of black people. In 2007, IMPACT Magazine was born to empower, encourage, and educate its readers. As the Founder and Editor-In-Chief, Tunisha believes magazines should get to the heart of a story; to understand and to communicate the root cause of a thing.

Under her leadership, the magazine has grown from 75 readers to hundreds of thousands of readers daily. Considering her love of attaining the heart of a story, she began her talk-show version of Cocktails & Conversations in 2014. The event launched in Atlanta, GA with Grammy Nominated R&B Diva, Angie Stone with approximately 300 guests in attendance. 2017, Tunisha decided to celebrate black women who are making an IMPACT in their respective industries and communities during IMPACT’s 10-year anniversary dinner where Karen Civil was the guest of honor. From the initial dinner, the Women of IMPACT mantra has become a movement, hosting the series in various states at 5star hotels. The series began with women, now men are honored as well. 2018, the Men of IMPACT series honored NFL players Christian Kirksey and Hawk with award winning journalist Jeff Johnson. The series is not just a space for the honorees to be honored, it is also a space where talks to support each other are encouraged.

That same year, she was presented the award of Magazine of the Year for IMPACT Magazine by AAMBC Literary Awards. With the spirit of giving back, Tunisha hosted an empowerment brunch for the YouthStat program in Trenton, NJ. At the brunch, the youth were able to hear from speakers in careers they were seeking to pursue once out of high school. 2020, Tunisha partnered with the Marietta Sixth Grade Academy to speak on her career as a magazine owner. Each ot the attendees in the program wrote an article on a specific subject. The summer of 2020, Tunisha is scheduled to work with the Marietta Sixth Grade Academy to teach the students how to create a magazine from concept to completion.

Tunisha’s passion is to awaken those to an understanding of the power they have within. To use their strengths to take charge of their lives and the communities that surrounds them. She brings her gift of inspiration to everyone, sharing her remedy for embracing the best application, both personally and professionally. Through this action, it will aide in finding fulfillment and success in life to be an effective IMPACT to someone else.